Monduli District is situated between latitudes 3.00” to 4.50’ South of the Equator and Longitudes 36.50’ to 36.45’ East of Greenwhich Meridian. It is bordered by Arumeru Dirict to the East, Ngorongoro and Karatu Districts to the West, Mbulu and Babati to the South and Simanjiro District to the South East and  Longido district  to the North.

Monduli is one of the driest districts in Tanzania. It has a warm climate in low altitude areas and cool climate in high altitude areas. Temperatures range from 200c to 350c, rainfall range from less than 500mm in low lands to 900mm. at high elevations. The district has three climatic zones- The Highlands, Flat and rolling plans and the Rift valley.

This zone has cool and sub-humid climate because of mountains which capture relatively more rain at high altitudes. It has an average temperature of 200c and the rainfall average is 1000mm. per year.

This is an  arid zone with warm climate. Temperatures ranging from 230c to 350c, rainfall is less than 500mm. per year.

Soils of Monduli District can be classified into three categoriesbasing on potential for land- use.

These are soils with a depth of less than 40-50cm. have low potential for crop productions an rooting zone is limited and both water storage capacity and nutrient contents are low

These are soils with a depth of more than 40-50cm. have impeded drainage which leads to poor conditions for plant growth though soil fertility is normally high.

Have a depth of more than 40-50cm with good drainage and generally good agriculture potential. Three sub- groups can be distinguished.

Loamy soils: Deep, freely drained loamy soils found on plains and on long slope at the top of escapements and isolated hills of basement areas.

The land surface is characterized by a number of Isolated mountains (Monduli, Lepurko, Loosimingori, and Lengai) and flat rolling plains. Altitudes range from 600m. in the low elevations to 2900m. at a high elevations. The District has a mixed vegetation – Forest, Bush lands, wooded grassland and grasslands.

There are perennial and seasonal rivers in the District. The major perennial streams are Simba, Kirurumo, Mto wa Mbu, Selela (Kabambe) and Engaruka.

This zone is characterized by a number of isolated mountains with an average altitude of 2000 m. above sea level. It has mainly deep, freely drained loamy soils with natural fertility status. It’s occupied by forests on top of hills. Major economic activities are livestock keeping and agriculture.- Food and cash crops grown here include maize, beans and barley/wheat. Coffee and banana are practiced on a small scale. Livestock keeping is practiced on a moderately large scale.

This zone is characterized by flat and rolling plains with altitude ranging from 600m. to 1,200m. above sea level. The dominant soils are deep, freely drained clays with a moderate natural fertility status and occupy about 32% of the District. The major economic activities are extensive livestock keeping and agriculture. Food and cash crops grown include maize, beans, paddy, banana and a small portion of sunflower. Livestock keeping is practiced on a large scale and includes cattle, goats, sheep, donkeys and camels (on a small scale).

The main economic activities of Monduli District are livestock keeping, Agriculture production and Wildlife. More than 90% of the population is engaged in livestock keeping and agriculture. The District is estimated to have 105,547.5 hectares of potential arable land but only 87,632.5 hectares are under cultivation which is 13.65 %. Although large scale farming is practiced in the Southern part of the District (Lolkisale), subsistence farming is the main form of farming. Major food and cash crops are maize, beans and paddy which are leading staple food crops. Coffee and sunflowers are grown at a small scale. Livestock keeping is the main predominant economic activity – which if properly managed, could contribute significantly to the District economy.

2.1 GDP AND PER CAPITA INCOME:

Out of 641,900 Hectares in the whole district, Forest Reserves covers 23,022. The current status of Monduli forest Reserves  are as follows

TABLE 1- FORESTS AND THEIR AREASIN THE DISTRICT.

Large areas of the District are bare as result of tree cutting over years and wildfires. In order to address the situation, the District Council has embarked on 15,000,000 trees National tree planting and reforestation programme annually . The programme implemented by the District Council, Individuals, schools and various institutions. Droughts and destruction by livestock have been the major restrictions to the survival of planted trees.

Fishing is practiced locally at Lake Manyara in Mto wa Mbu area at a verysmallscale- not only because the District lacks large water bodies but also because of cultural value problems of the communities (Wamaasai) and inferior fishing gear used. Fish consumed in town/ trading centres in Monduli  District are brought from Lake Mdori in Babati, Nyumba ya Mungu Dam in Simanjiro, Lake Eyasi in Karatu, from Lake Victoria and Indian Ocean(Tanga). For several years back Monduli lacks a fisheries officer who could collect data and manage fishing industry.

The Disitrict is not well served with economic infrastructure. It has  a total road network  of 617kms. Tarmac road been 8.1 km, 138 km gravel and 470.9 km is earth surfaced road. Trunk roads (96km) and Regional roads (156km). District roads, feeder roads and village access roads are mostly earth surfaced - they are passable with difficult during rainy seasons. This is a result of lack of lack of funds and equipment for reqular maitenance. Monduli is served electricity

Monduli District is served with Arusha Airport(Kisongo) which is nearly 35 km. from Monduli Town, Also Kilimanjaro International Airport about 90km from Mondui. Inside the District we have Makuyuni Airstripnwhich accommodates light aircrafts.

The District is not served by railway lines.

The District is served with telephone the lines and radio calls- It has sub Post Offices and Telephone Office at Monduli Headquarters, Mto wa Mbu and Makuyuni. It is also served by cellular phones covering nearly 100% of the district.

OPPORTUNITIES FOR INVESTMENT IN MONDULI DISTRICT

The scheme is potential for irrigation of rice and beans production.

NB: The market is not organized, so we need to construct the modern market which will enable the farmers to sell their products in most efficient way.

Why should we invest in this opportunity?

The areas are in a tourism circuit where by all Tourist, passengers cars from Arusha town to Mto wa mbu, Manyara National Park, Karatu and Ngorongoro National Park up to Mwanza they will be paramount consumer of Modern market. 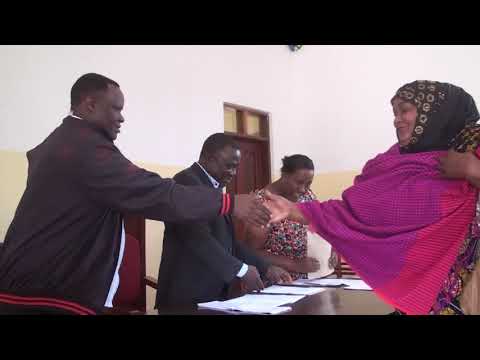